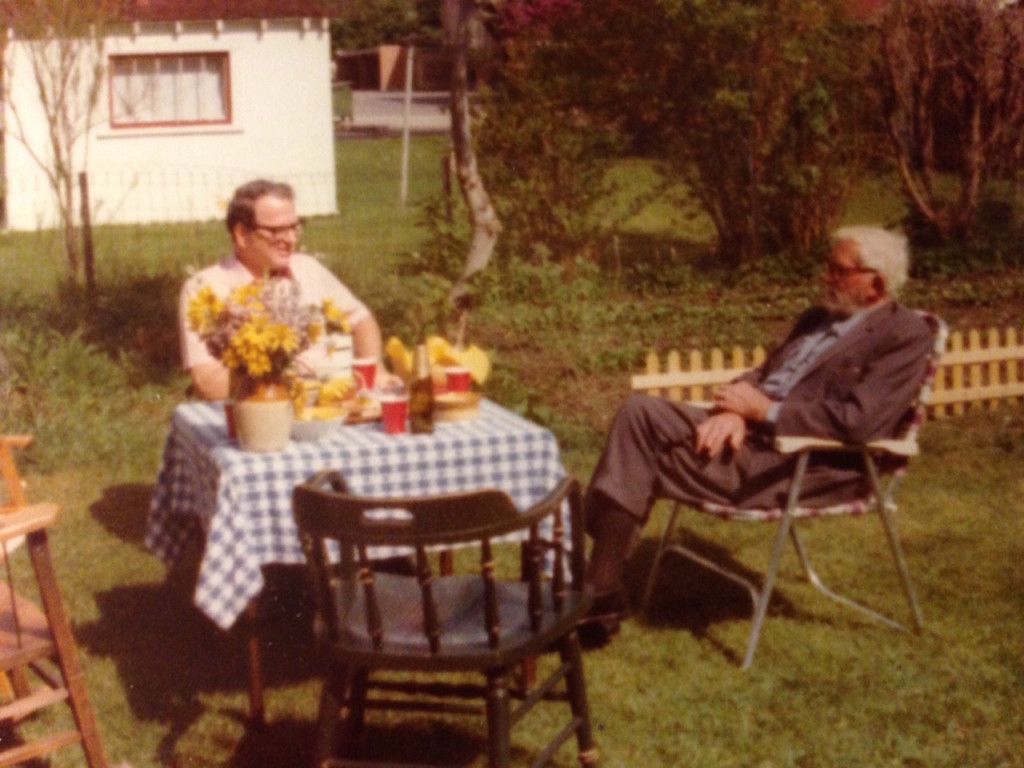 My grandfathers.  Old Granddaddy on right.

My grandfather’s entry into the nursing home system is an ordinary story, familiar to most. He got into his early nineties in his house in Stevensville, couldn’t maintain it or himself, did not have frequent or close enough family support from us, and so went unwillingly into a nursing home not far from our house in Missoula so we could take better care of him. Soon after, he declined steeply, became ornery and depressed, and died at age 96.

But this story, like all ordinary stories, hides the extraordinariness of my grandfather and the person he was.

The Old Granddaddy, as I always called my paternal grandfather to distinguish him from my younger “active retiree” maternal grandfather, was a character to say the least. Born in 1896, a Swedish stowaway turned civil engineer turned eclectic gardener, Old Granddaddy did things his way. He grew beets next to flowers next to peas next to trees next to tomatoes. Nothing was ever labeled. Nothing was ever in a row. Yet everything grew. It was like a haphazard Garden of Eden.

This magnificent (or terrible) garden took up nearly his whole yard except for one small patch of grass just a block or two east of Main Street. The house, hidden within the tangled mess of vegetation, hadn’t been painted in years, and it sat, faded and peeling and sort of yellow right in the middle of a block in which the other houses displayed their beautiful manicured lawns, appropriately placed lawn gnomes, and well-maintained exteriors.

Occasionally, my grandfather would burst from the garden or the porch to yell unintelligible sentences at neighbors and others. He was unintelligible not only because he retained a strong Swedish accent, but because he had glued his false teeth back together sometime in his mid-seventies and they just didn’t work right. 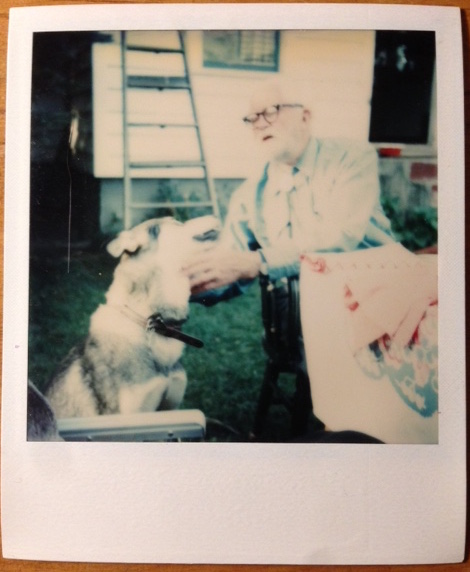 Maybe no one was that surprised on a day in early spring when he tromped out onto the front porch in his signature black waders, doused that grass patch in his yard with a gallon or two of gasoline, and set it on fire. Retreating to the porch to glare at the fire and the world, my grandfather and the surrounding homes managed to escape serious injury. The town, however, was understandably frightened.

The mayor called my dad. They talked. It was time, they both agreed, for my grandfather to stop being a nuisance and a danger to himself.

When my father went to break the news to the Old Granddaddy, he asked him why he’d done it. Why did you burn your yard and nearly your house and yourself? My grandfather replied that he was simply sick of mowing it. The gasoline was a spur of the moment decision, something my mother always claimed was an Old Country practice of renewing the earth with fire each spring. I doubt they used gasoline, but we all appreciated the romance of it.

He moved into the nursing home, turned off his hearing aids when we visited so he wouldn’t have to listen to us, and died just two years later.

Sometimes I think about that. How close he was, really, to being able to live out his last days in that house and the garden that was everything to him. Was my grandfather truly just sick of mowing his lawn? I doubt it. Probably, he had simply reached the point where he could no longer start the mower due to stiffness in his hands and body. Fiercely independent, he could not bring himself to do the one small thing that might have enabled him to stay in his home and tend his garden as he wished. He could not ask for help.

What if, on that day in the spring of 1990, someone had mowed his lawn?

About the Author: Sarah Johnson