Loss comes in many forms throughout life. It is true our work brings us close to families experiencing profound losses — loss of function, loss of memory and loss of life. It can be overwhelming, as it has been these past two weeks, when four people we had come to know and love as part of the Harvest community died with little warning: our friends Bob Meinholtz, Dave Tawney, his wife Jeannette Tawney and Jewel McElhenney.

Yes, loss means pain, but with time and love it can also bring growth and depth to our own life. I learned this from my grandmother, Alice Surface, who died 11 years ago. As we celebrate the lives of our departed friends, I would like to share what my grandmother taught me about living and dying well. 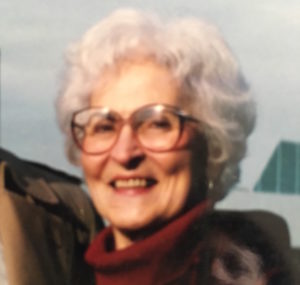 My grandmother had a few signature traits. One was a penchant for extremely strong martinis anytime after 11 a.m. Another was an obsession with quality bedding. But her most endearing and infuriating trait was her ability to put herself last.

“I’ll eat the dark meat,” she’d say at Thanksgiving, before anyone had been served. “Please everyone, take what you want.”

“Is anyone cold?” she’d announce walking into a room with several blankets, only to distribute them and sit mildly shivering on the hardest, farthest chair.

“Do you like it? Take it!” she’d exclaim, pushing a borrowed raincoat, a book, jewelry, soap, or other sundries into our slightly surprised, not exactly willing hands.

“Honey, I insist.” This phrase must have been repeated over a dozen times each day…to take the last bagel, to let her get the glass of water, to haul the laundry to the washing machine, to really, truly not worry about a thing.

The young ones learned quickly that it was much much easier to respond with the one-two-three of mild refusal, followed by a thank you in one’s most heartfelt voice, and then either an “are you sure?” or a cheerful “wow!” for closure. If you attempted to say no, you were met with increasingly escalating generosity that was exhausting for everyone.

A similar approach was needed for the many moments of self-deprecation that sprinkled her speech and our day like so many humble raindrops.

“I’m terrible in this color,” she’d chirp. “It’s just much better on you.” And then suddenly you owned an olive green raincoat or a pair of well-pressed polyester slacks. The raincoat did make her look a little sallow, to be honest.

Bringing dinner to the table she’d slump and sigh into her chair. “Oh I don’t know anything about spaghetti. I’ve been doing it wrong for years.”

These remarks, we learned, were best met with emphatic refusal, followed by a profuse compliment in one’s most heartfelt voice, and then a surprised “pshaw” or “really” or “not at all.”

Grandmama could wear you out with her love, humility and selflessness.

But when she faced her final illness in her late-eighties, some years after breaking her hip (“I can get around just fine. Please, don’t get up.”), her well-practiced selflessness transformed into something greater. It’s how, actually, she was able to put herself first.

After an agonizing week in the hospital, with a great deal of pressure from the medical team to treat, she informed her doctor that she would not do the surgery needed to prolong her life. “Honey, I insist.”

“Really,” she told her husband and her children. “Really, truly. Don’t worry about a thing.”

And on her last day, after aligning her doctor and her husband and her children with her deepest wish, she called her grandkids to say a quick goodbye. Yes, goodbye forever. On the phone. “I won’t be long.” Then, finally, the white gloves of modesty came off and she just told it like it was.

“I think you are just so brave, Grandmama” I whispered tearfully into the phone.

I could not refuse those words or that feeling, not mildly or emphatically. No one could.

As I reflect on this exchange nearly a decade later, I can only hope it is an inherited trait: to take a lifetime of servient strength, a latent but consolidating power, and make it manifest in my fist as I knock on death’s door. I hope I knock as loudly and bravely as she did.

About the Author: Sarah Johnson